Achieving thermochemical seasonal thermal storage would be a great asset to the Energy Hub Project: the aim is to achieve compact heat storage with minimal heat losses over long periods.

A particularly promising technology using thermochemical materials (TCMs) is being studied by TNO.

At TNO, a 3 kWh-reactor filled with 40 kg of zeolite 5A spheres was built and tested. It contains eight heat exchangers connected in parallel, shown in the left picture below. 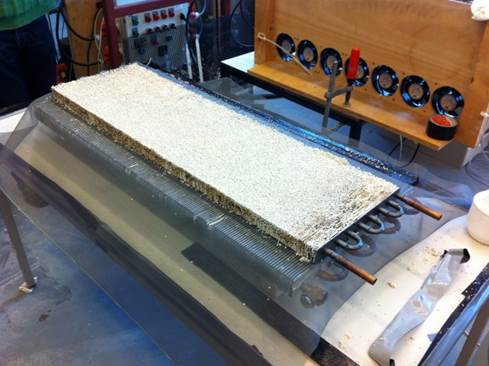 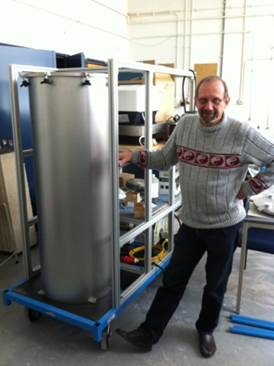 Experiments showed that the energy content depends on operating conditions, in particular those during the drying (desorption) process. The thermal capacity measured was somewhat lower than those derived from Clausius-Clapeyron curves found in the literature. Most likely, the zeolite used differed in material characteristics from the zeolite on which the curves were based.

In these experiments, thermal efficiency of a complete cycle of desorption and sorption was calculated to be in the range of 30-35%. However, no attempt was made at maximising the efficiency as it was assumed that solar heat used for desorption would be abundant. 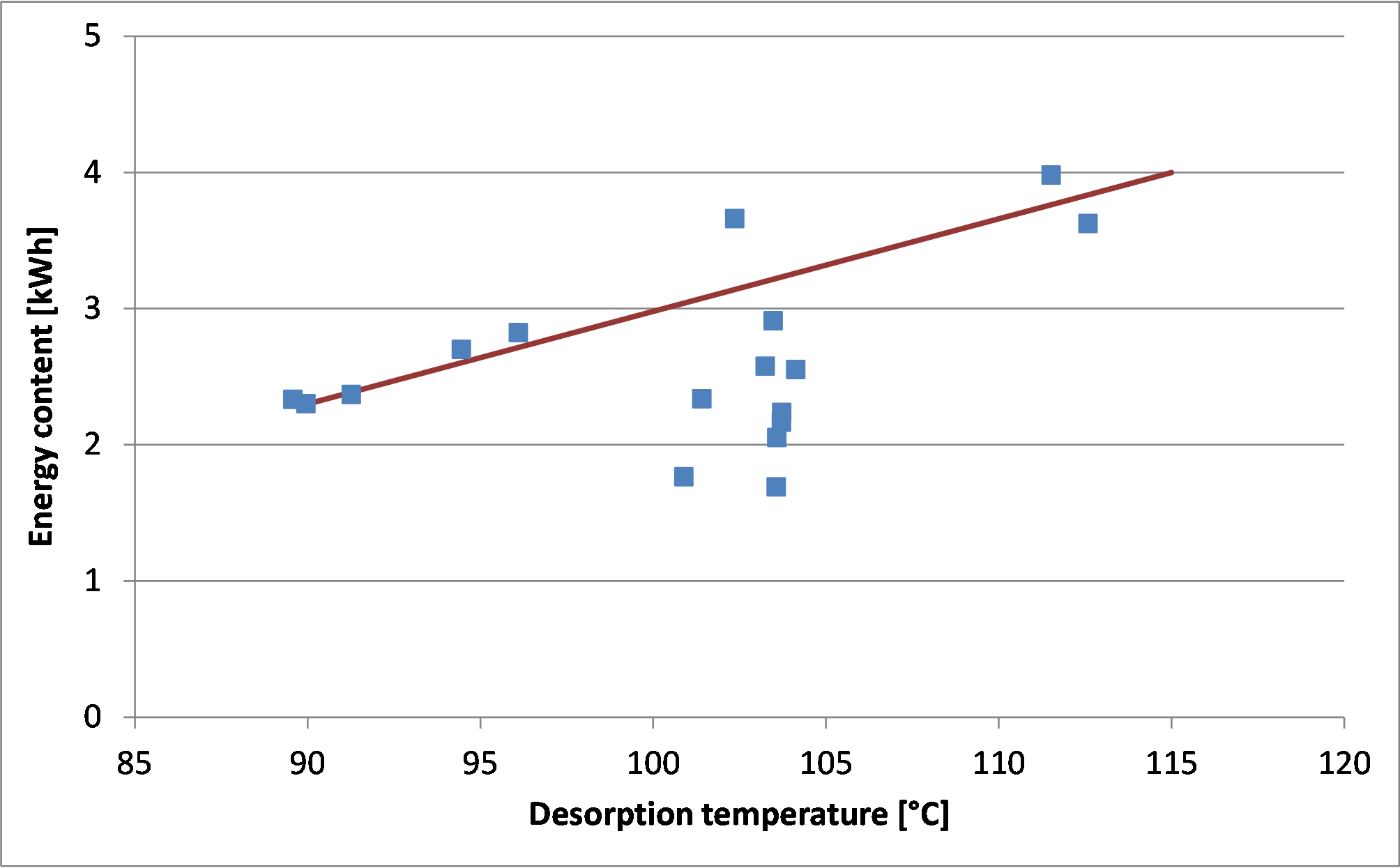 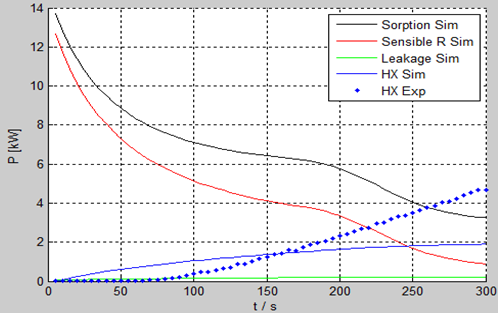 Thermal capacity of the TNO 3 kWh reactor vs desorption temperature (left) and model calculation (lines) and experimental values of thermal powers as a function of time (right) for a particular experiment.

In addition to the experimental work, a numerical model was developed that describes the physical processes of evaporation, absorption, heat transfer etc. taking place in the evaporator unit and reactor vessel. Model calculations based on first guesses of parameters yield a reasonable fit with experimental results, as shown in the right graph above.

Finally, the expertise and experience gained was used to design a 15 kWh reactor, based on the 3 kWh module. The height of the vessel was maximised to 2m in order to allow installation in a dwelling. 175 kg of zeolite at the current performance yields a thermal capacity of 16 kWh. 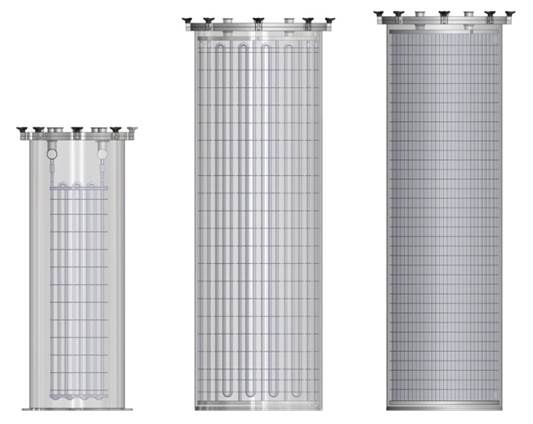 3 kWh module (left) and two variants of the 16 kWh module (right) shown on the same scale.

Another promising thermochemical storage technology is being studied by ECN.

Distributed heat storage is being studied by VITO.

Thermoactive foundations are being studied by HSW.