Heat storage vessels at each household - close to demand

Rather than using a large central heat storage vessel, smaller storage vessels are located in individual households or offices, with the advantage that the heat is stored close to where it will be needed. Excess thermal energy (from solar collectors, CHP or any other source) can be stored for future use. 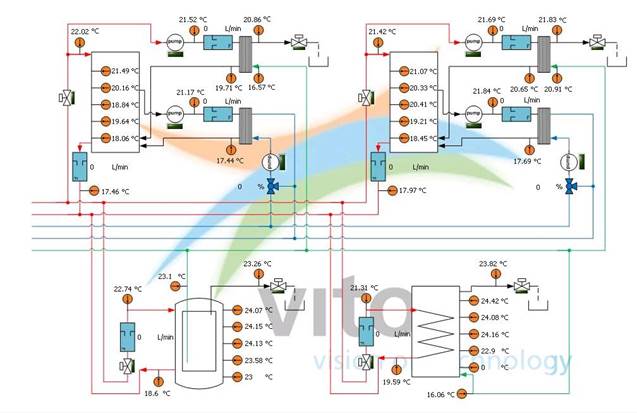 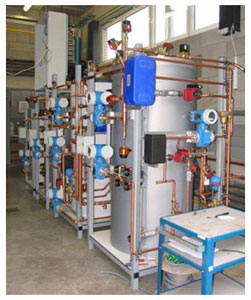 Different heat storage strategies for distributed vessels in a district heating smart grid fed by a CHP plant are compared for energy performance and economic performance. The flexibility resulting from the storage vessels is used to control the CHP, which in this way can produce electricity at times of high electricity prices irrespective of the heating demand. The profit resulting from the different storage configurations are compared in the graph below. 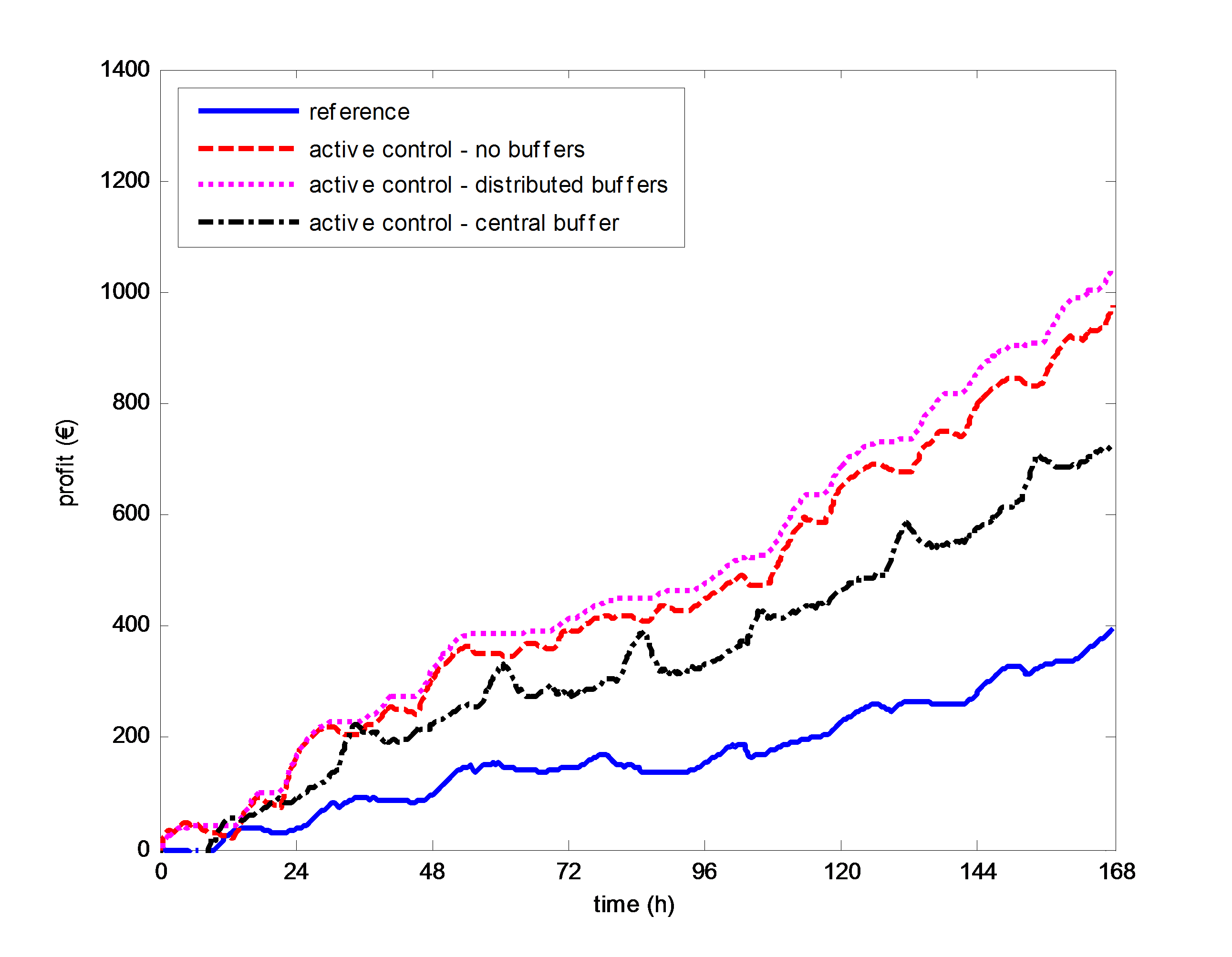 Operational profit for the different buffer configurations during the tested week

In the reference case (blue line), the vessels are charged when the SoC (State of Charge) drops below a lower setpoint, i.e. without smart control. In the other scenarios, the charging of the vessels is determined by an smart control system, with different kind of thermal buffers.

The scenario with distributed heat storages (pink dotted line) performs best. However, it is only slightly better than the scenario without buffers (red dashed line). The results for the central buffer case (black dotted line) are a little worse, but still a lot better than in the reference case. The reasons for the lower performance is that the thermal mass of the buildings, which is activated in the first two configurations, is a lot higher than that of the buffers, resulting in more flexibility and consequently higher profits. Summarizing, the results show that active control of the CHP is able to increase its profit significantly.

To exploit the full potential of distributed heat storage, information on the actual State of Charge of a heat storage system is crucial to allow effective control in an E-hub system. A method was developed to determine the State of Charge (SoC) of a water based storage vessel reliably with a minimum number of temperature sensors. A model was developed together with an identification procedure based on measurements on the four different hot water vessels.

The method of estimating the temperature profile in the buffers with a minimal number of sensors shows good results, illustrated by the graph below. It was also found that the positions of the sensors are crucial parameters.

Comparison between the measured outlet temperature (red line) and the predicted temperature (black line) of a thermal storage tank.

Thermochemical storage technology is being studied by ECN.

Another promising thermochemical storage technology is being studied by TNO.

Thermoactive foundations are being studied by HSW.