The smart control algorithm has been demonstrated at the Thermochemical Power Group (TPG) of the University of Genoa. The laboratory uses different kinds of heat and electricity generating equipment, including thermal storage, to emulate a mini district heating system.

The smart control algorithm ‘Multi Commodity Matcher’ has been tested against ECOMP software from TPG.

A number of heat and electricity generating systems have been tested:

Various pieces of equipment are thermally and electrically connected. Tests were carried out on the equipment set in combination with thermal storage. Oscillations were found to occur in thermal outputs that may be attributed to sudden changes in the measured water temperatures inside the storage vessel leading to misinformation on the SoC (State of Charge). This was investigated by TPG and VITO. 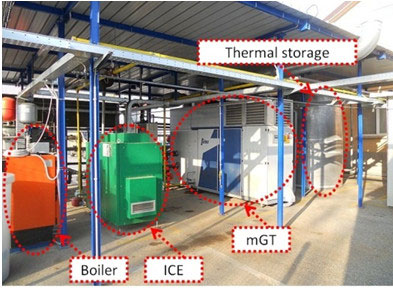 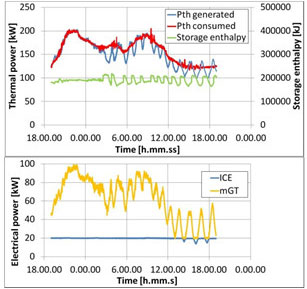